Hey guys,
I know it has been a while and I am sorry as I have been very busy this past month, however I will be uploading a good few blogs to make up for lost time.
So today I am going to be talking about high end pricey products which you could get similar ones from your local drugstore which is a lot cheaper & you can definitely save a lot of money.

I’m going to start off with lipsticks and surprisingly they are all Mac lipsticks. The first one is Shanghai Spice, it is a cremesheen and it is basically a peachy nude colour and I found Revlon’s Smoked Peach very similar to Shanghai Spice. Even though Smoked Peach is a matte finish with a colourless gloss on top it would be spot on. Mac lipsticks are now £15 and Revlon lipsticks are only £7.49 and you could save a lot of money because drugstores have always got great offers on.

The next one I’m going to talk about is Brave by Mac also, this is a Satin finish and this is a slightly darker nude and it has a hint of pink in it. Revlon’s Mauve it Over is very much the exact same as Brave however Mauve it Over is a matte finish but it is still creamy so it is a perfect match. They both are also the same prices as the above.

Please me by Mac is a baby pink nude colour it is a matte finish and this colour is one of my favourites! I found Revlon’s Pink in the Afternoon very similar to please me, however please my is slightly lighter but you can’t tell the difference. The also come in the same price range so Revlon lipsticks are definitely affordable. 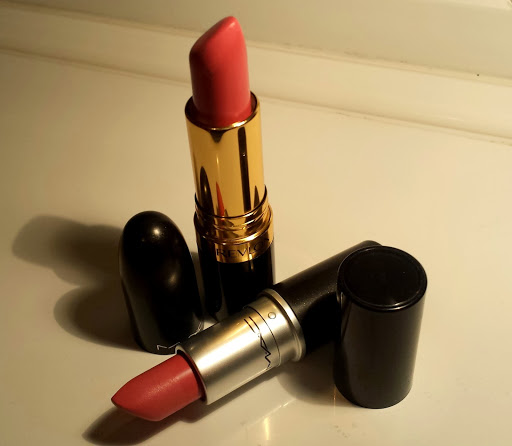 We all gotta have a bit of Mac’s Candy Yum Yum! This is such a statement colour, subtle make up and a Yum Yum lip will definitely look amazing. This is such a shocking colour, it will suit anyone, it’s a bright pink colour, it might appear neon but on the lips it’s a different story. And I found Maybelline Fuchsia Flash the exact same. These colours are so similar I just wouldn’t be able to tell the difference between them other than Maybelline is creamier because it isn’t a matte finish like Candy Yum Yum. However I prefer to use Candy Yum Yum then some Fuchsia Flash on top just because Candy Yum Yum is too drying on its own. Fuchsia Flash is obviously affordable so you could definitely use this as a dupe and achieve a really nice statement lip.

If you didn’t get your hands on Rihanna’s make up then don’t worry you didn’t miss out on much. I personally didn’t think the collection was wow, however I did buy a few things that I did like and it was the blusher and when I got home I realised it was just so similar to my everyday blusher, Sahara by Sleek. These two blushers are exactly the same. The pigmentation, the way it blends, they are both very much the same. The Rihanna blusher was £20 and I think that was reasonable because I find Mac blushers last you forever, they just don’t seem to ever run out.  But then the Sleek blushers come at £4.49 and I think that is just brilliant also. If I had to return one then it would be the Rihanna blusher, because I do love my Sleek blushers!

I’m a big fan of highlighters and I’ve found it so hard to find a drugstore highlighter, then I realised the Maybelline colour tattoos could also be used as a highlighter, obviously the lighter shades so I tried out Eternal Gold and it looked so similar to the Benefits Watt’s Up. I did get given the Benefits Watt’s Up in a set of 10 miniatures, however a full size bottle is £24.50 but the Maybelline colour tattoo is only £3.99 and I think it is worth it. 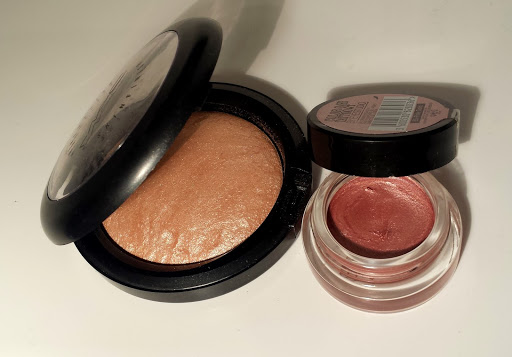 I love NYC bronzers and they’re only £3, they blend so well, the colour pay off is so nice, what more can you ask for. Then there’s the Benefits Hoola bronzer, which I absolutely love also, just because it reminds me so much of the NYC bronzer and the Hoola bronzer comes at £23.50 each. I love them both in there own ways so I couldn’t chose even though they are the same. 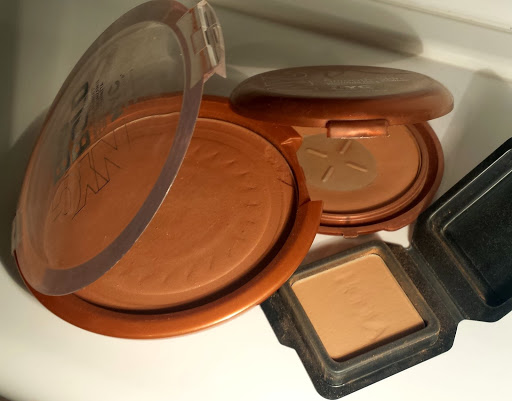 I am such a big fan of Urban Decay palettes, even though they are all similar in there own ways the colours are alto different and I can tell the difference between them. But my favourite palette out of them has to be the first one. The pigmentation of these eye shadows are really good and they blend in so nicely they come at £36 each and the naked basics is only £20 which I like to take with me if I’m going anymore because its nice and compact. However I am such a fan of Sleek cosmetics and they’re eye shadows are just amazing you pay a little price for such a good quality make up and I think that is what everyone needs. The Sleek Natural palette reminds me so much of the urban decay palettes if you haven’t tried them out next time go into your local drugstore and swatch them because you will definitely be amazed! The Sleek shadow palettes come at £7.99 each which I think is such a bargain. 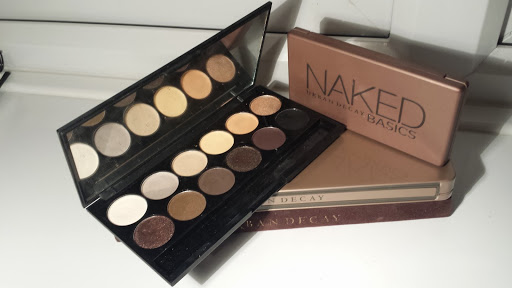